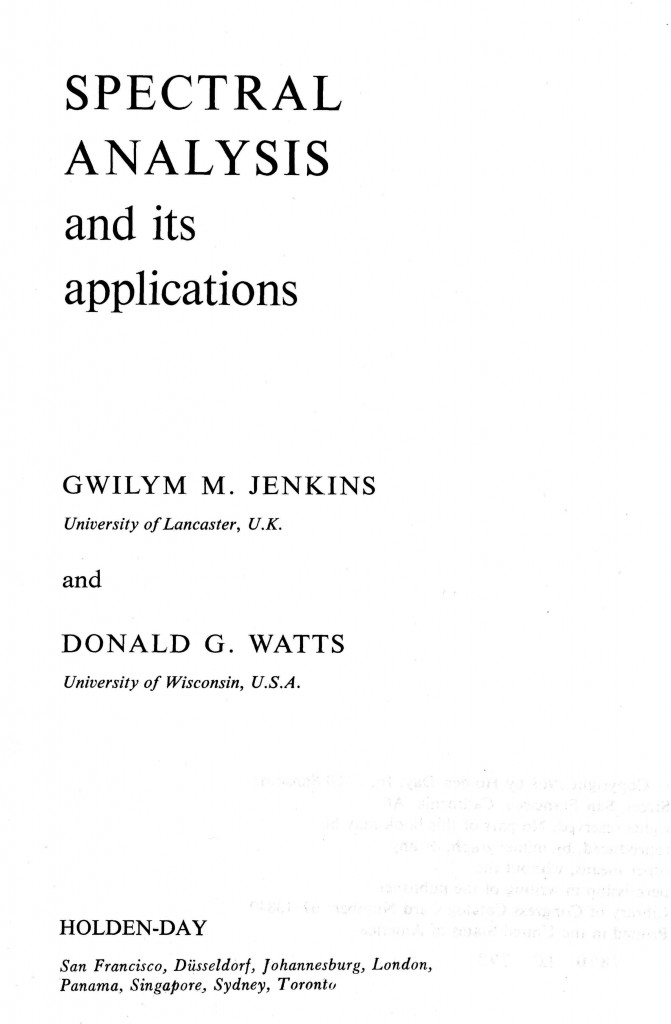 The title page of the book on spectral analysis by Gwilym Jenkins and Donald Watts is displayed here, because the gas furnace input and output series were first analysed in this book, published in 1968.

The series were further analysed in the book on Time Series Analysis by George Box and Gwilym Jenkins, published in 1970, and we take our series values, given in the file GasFurnace.txt, from the listing given in this second book. The series is also listed in the first book, but with the input series values all increased by a factor of 10. Also, the input is there described as being coded, with the actual gas rate in cubic feet per minute being 0.600-0.004 times the coded value. The output is the concentration of carbon dioxide measured as a percentage of the outlet gas from the furnace. However, the cross-correlations between the input and output are shown as positive in the first book, whereas they are negative in the second book. This suggests that the actual gas rate was used in the analysis in the first book. In our book we simply reversed the sign of the input in the analysis program, which gave positive dependence of the output on the intput.